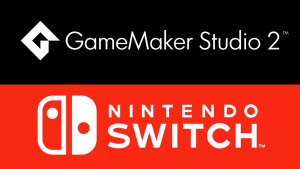 The press release obtained by Nintendo Everything stated that the creators of GameMaker had “signed a deal with Nintendo meaning GameMaker games can be exported directly to Nintendo Switch”. It goes on to say that the “Nintendo Switch Edition” of GameMaker will launch in Summer 2018. It is currently unclear whether this will be a whole separate download to the regular version of GameMaker Studio 2 or if it will be a case of simply extending your license, as has happened with other consoles in the past. YoYo Games General Manager, James Cox, had this to say about the news:

We’re thrilled to be entering into a relationship with Nintendo, with the opportunities this will bring to our game development community, and most importantly, the players themselves. Nintendo has been hugely supportive of bringing independent releases to the Nintendo Switch console, and this partnership will mean even more wonderful games are released on the platform. We’re working hard to ensure the Nintendo Switch version of GameMaker Studio 2 retains the already excellent functionality of the engine, and we are committed to supporting developers and studios who are keen to make the jump to Nintendo’s record-breaking console.

During yesterday’s Nintendo Direct it had been announced that Undertale, one of GameMaker’s true success stories, is coming to the Nintendo Switch. It’s not unusual for GameMaker games to be ported to consoles via another engine, but it appears that Undertale developer Toby Fox will be using GameMaker this time around.

BUT DID YOU JUST SEE THAT NEW SMASH BROS. TEASER!?

Other successful GameMaker developers showed enthusiasm for the news. Rami Ismail, half of indie studio Vlambeer (Nuclear Throne, Ridiculous Fishing), tweeted a link to the news with the comment “OK LETS GO” before clarifying that Vlambeer did not yet have any plans to release their GameMaker games on Switch:

Note: this is not an announcement for any Vlambeer game coming to Switch, nor is it a promise that any of our games will come to Switch. I will look at this, and IF there is something to announce, it'll be on the @Vlambeer account. OK? OK.

Dan Fornace, developer of Rivals of Aether, also expressed positive sentiments but implied that the news had come too late for the Switch port of his own GameMaker game:

Thanks to everyone who sent me the Game Maker Studio 2 to Switch news. Unfortunately we have already started on the porting process out of Game Maker so this news doesn't really help us. It does make things more complicated though. We'll let you know when we have more info.

The news will no doubt have other GameMaker users excited to see their creations launch on a Nintendo platform for the first time. YoYo Games had previously dabbled in Nintendo development, with constants for Nintendo 3DS and Nintendo WiiU appearing briefly in GameMaker: Studio 1.X, but they were never able to complete the export modules until now. There is, however, no news as yet in relation to the cost of the export module or other potential barriers to entry. We’ll bring you more news as it comes in.