In my high school days, PopCap’s array of casual games filled many a lunchtime and sneaky computer-based lesson. I’ve got a continuing fondness for their kind of game, from Bejeweled to Big Money. But, as a bit of a geek for word games, there was always one true favourite – Bookworm.

Letter Quest Remastered is very similar mechanically, which is why I bought it. Fundamentally, you have a selection of 15 letters with which to make the longest word you can. Once submitted, those spaces are filled with new letters and the task repeats itself. The game will let you know before submitting if the word you’ve entered is valid or not, so you have freedom to experiment a little, and will also provide dictionary definitions in most cases in case you happen upon a valid word that rang a bell for you but you weren’t sure on.

Where Letter Quest Remastered differs from Bookworm, though, is that it places this mechanic in an RPG setting. Each “level” of the story mode has a series of enemies to defeat, which you must do without running out of health. Words you send become attacks on them – with longer words, words with more obscure letters, and words with powered-up letters dealing more damage. And as you progress, you can collect money with which to purchase permanent and temporary upgrades that make harder levels more manageable. 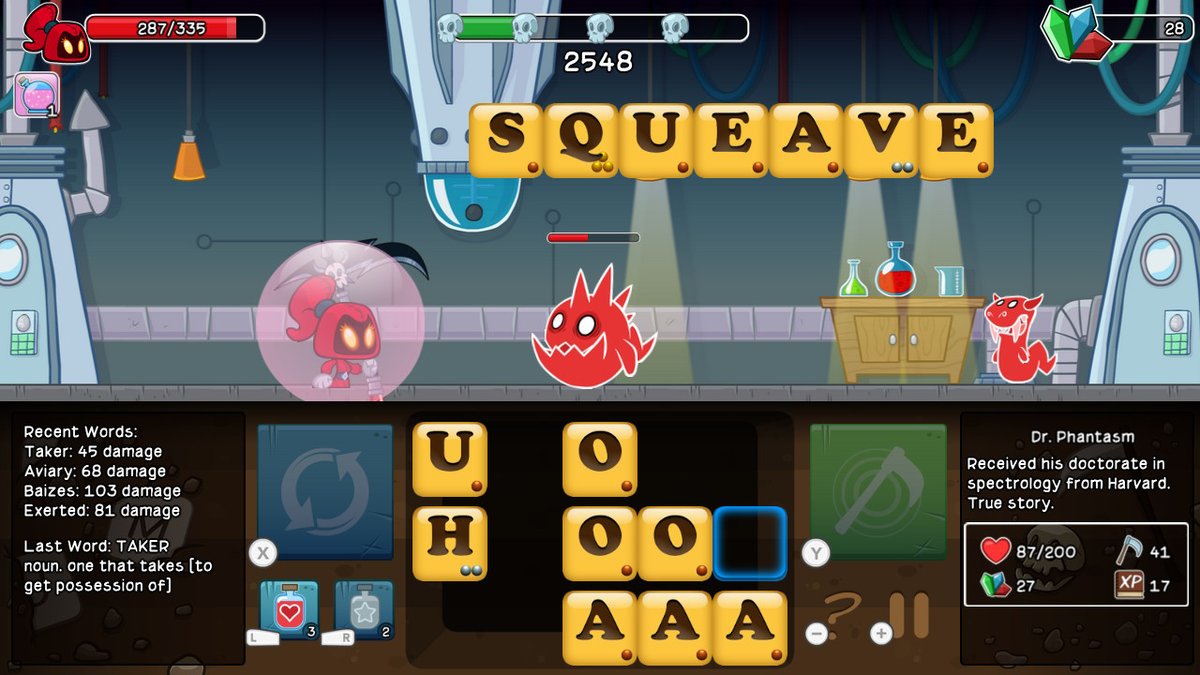 The mechanics work really nicely, and in tandem with a number of other ideas the game introduces, which change how you play the game. Enemies can sometimes have special requirements, ranging from easy (eg words deal 5x damage if they contain an E, words deal triple damage if they’re over 5 letters long) to annoying (words deal no damage unless they contain a Q – especially bad if RNG isn’t giving you any Qs in the grid). Thankfully the game has no time requirements in its standard mode, and all damage is turn based, so you can sit and ponder for a good while before submitting your next word.

There is also a lot of replayability in Letter Quest Remastered (which is pleasant, because the basic story can be completed in just an hour or two). Each level contains four variants – the regular version, a version with a time limit, a version with certain specific requirements, and a big finale where everything’s generally harder. You may also occasionally find yourself wanting to redo areas a few times, so you can buy or improve weaponry suited to taking down bosses in later levels, although it doesn’t often feel necessary – the game felt very easy. Even if you do clear everything in the game’s story mode, though, there is also an infinite mode which streams endless enemies to you, as you start from scratch and use your earnings to buy temporary powerups separate from the story mode, and records your final score when you finally succumb to their attacks. 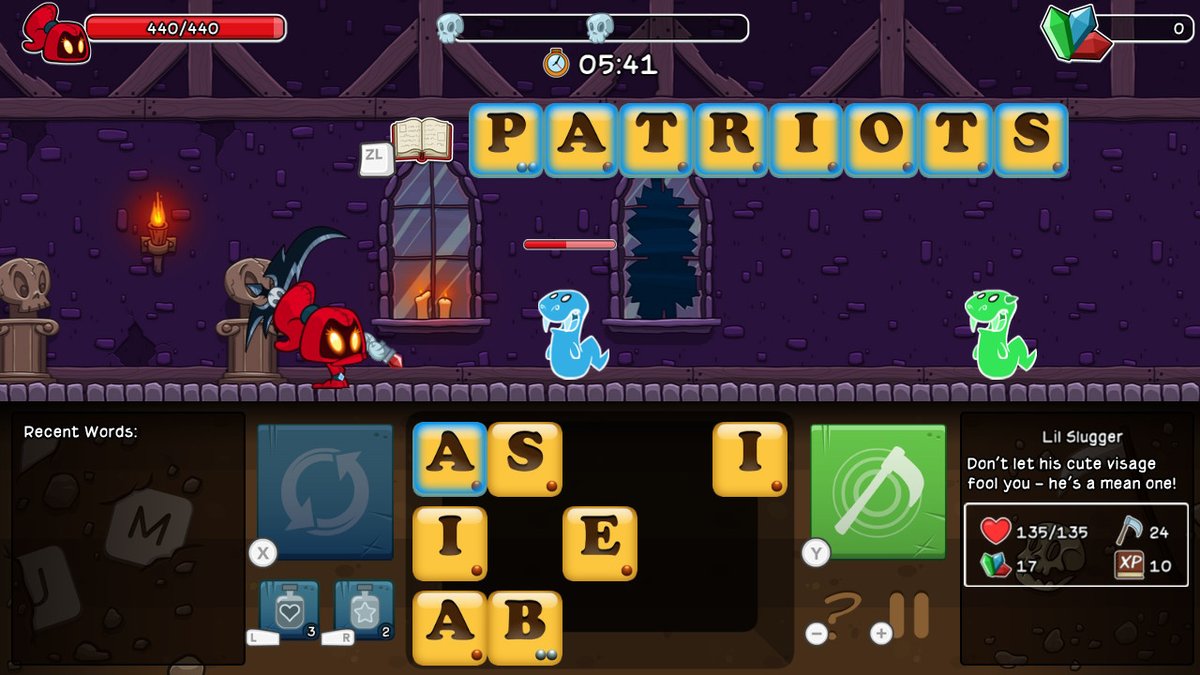 The biggest problem with Letter Quest Remastered is the price. Even clearing all four stars in every level, you’re not looking at more than a handful of hours of gameplay, and it’s not deep at that. Enemies might be visually different, but the entire game is the exact same idea repeated ad infinitum. Story cutscenes are relatively unnecessary stills, there’s no huge payoff at the end (the ending is actually really abrupt), and bar a few enemy takedown requirements, you will have seen every mechanic in the game within about three levels – they just get tighter as things go on.

Letter Quest Remastered is a great time killer, as Bookworm was before it. If you like your word games as I do, you’ll find Letter Quest a charming little adventure you can come back to now and then, that’ll sate your lexical appetite. Just be prepared to pay for that privilege.

And I’m still upset “squeave” is not a word.