The moment a cheaper-end indie game piques my interest, I stop looking at promotional material for it, buy it, then play it as blind as I can. Sometimes it works strongly in my favour, giving me incredible and unexpected experiences. Sometimes I’m disappointed when I’ve misinterpreted what little information I saw, and the game isn’t actually really my thing.

Wheels of Aurelia is both of these situations at once.

Wheels of Aurelia is essentially a graphic novel with branching pathways, but is presented as a road trip/racing game. That is all the information I needed to be interested, and to an extent, that’s what the game is. But the actual driving aspect is surprisingly played down. You barely even have to steer the car at all – it will pootle along at a moderate speed, steering itself, allowing you to focus entirely on the story.

And that’s what the game seems to intend. Without giving away any particular plot elements, you play Lella, a woman driving to France in 1978. Along the way you meet an eclectic cast of era-relevant hitchhiking stereotypes, who you interact with, swear at, and sometimes race. You will spend most of your time holding conversations with the people you meet as polygonal Italian scenery passes by in the background. 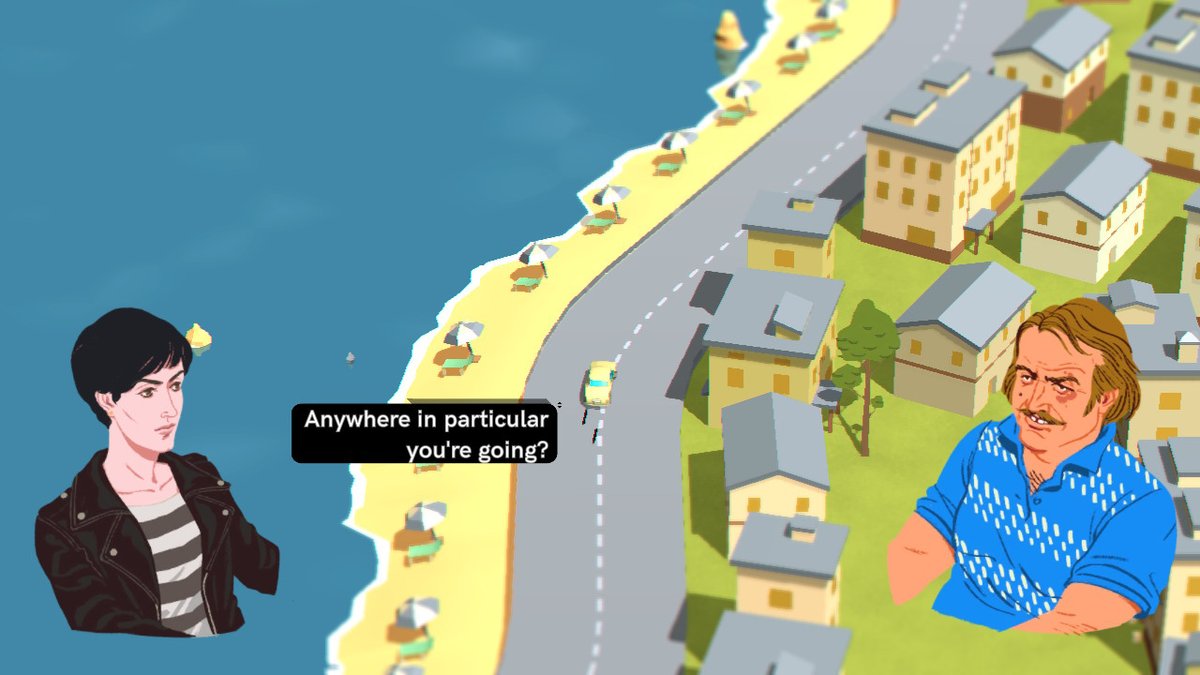 Although the car will drive itself, you can opt to take over steering, and also put your foot down for extra speed. This can cut conversations, and therefore opportunities, short, as you arrive at cities midway. Steering the car also allows you to specifically ignore or pick up hitchhikers, branch onto byroads that take you to different cities and discover different people, or also stop by at a small handful of locations that your freeloading friends may interact with.

The game’s 16 different endings rely on different events occurring or not occurring, giving the game interesting replay value. Sadly, these endings present themselves in the form of short slideshows with text on them, so they’re fairly uninvolving and anticlimactic. Lella’s revelations throughout her journey, to Olga and other hitchhikers, make it feel like the game is building up to a big climax, only for it to peter out at the end. 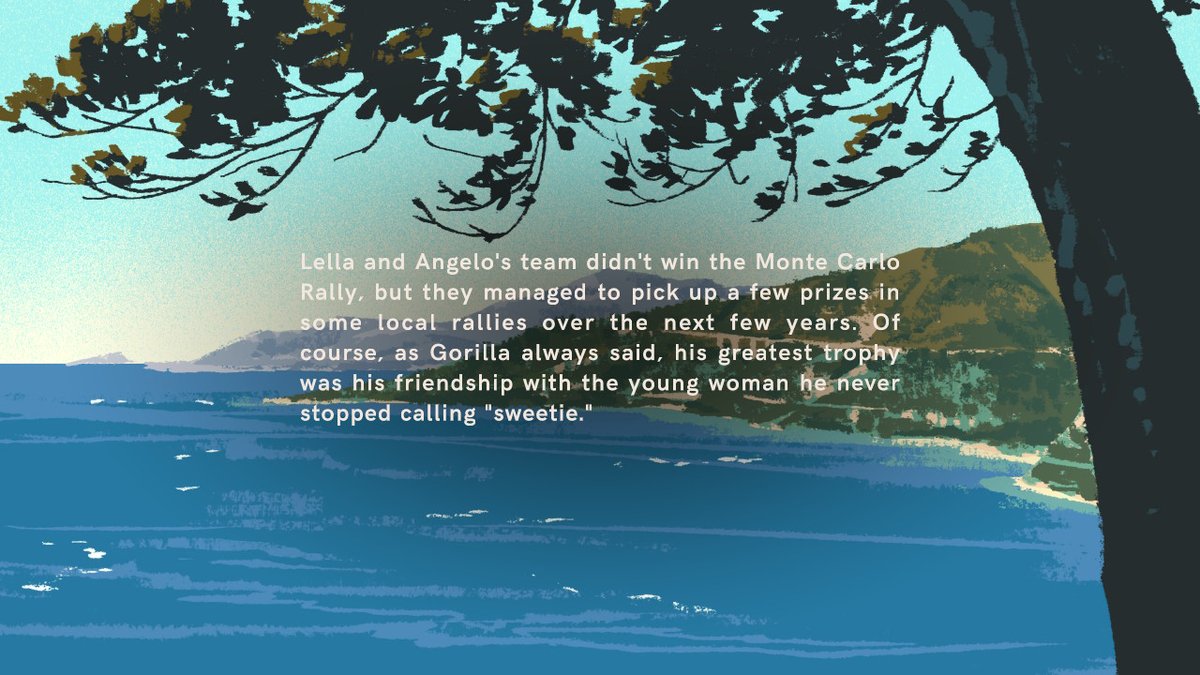 Runthroughs of Wheels of Aurelia are short – under an hour each. Even less if you choose to start from one of the interstitial locations in the game rather than the disco at the beginning. But it’s intriguing to keep playing it and messing with Lella’s responses and actions and seeing how small early decisions snowball into completely different endings. And the game will let you know which ending you received, as well as showing and remembering each one you’ve found, so it’s easy to keep track of that.

Wheels of Aurelia is a bizarre thing. I was expecting an actual “road trip” when I went into the game – but with how short the game is, it never has the grandiose feeling that a road trip should inspire. It feels more of just a quick, insignificant drive. And yet it still manages to be memorable. It constantly made me feel like I had to try again, had to keep tinkering with my actions, had to keep seeing what I could get Lella to do.