Oh Sonic the Hedgehog, you’re such a bizarre franchise.

I’ve covered my experiences with the spiny blue one in a Super Series article, so I’ll skip that. Needless to say, Sonic was on form up to this point. Sonic Mania was a cracking game that did what Sonic the Hedgehog 4 could only dream of doing – give fans of Sonic’s Megadrive/Genesis days a new instalment to gush over.

But that’s not all Sonic had to offer this year. And now we’ve got his game for the 3D fans, in Sonic Forces. So how is it?

Bloody weird. Sonic Forces could be best described in a word that starts with “cluster” and ends in a swear. It’s such a weird mix of mechanics and ideas, most of which run face first into a wall. Featuring shades of every well-received 3D Sonic game prior in a seeming attempt to make a veritable supergroup of a game, you get the 3D Sonic stages established in Adventure, the the power-up wisp mechanics reminiscent of Colours, and the 2D rendition of Sonic in stages with Megadrive/Mania-esque controls.

It’s weird that the game launched within two weeks of Odyssey, another game that integrated mechanics from its storied past and that, once upon a time, had a major rivalry with the accelerated sapphire porcupine. But where Super Mario Odyssey executed this flawlessly, Sonic Heroes comes off as a huge mess. Not helped by the number of conflicting mechanics in the game (whereas Odyssey did everything consistently), Sonic Forces seems to have a grudge against muscle memory. Oh, you’re used to the spin dash? Tough, you’re not in a 2D Sonic level at the moment. You’re in a 2D segment of a 3D Sonic level, so even though it’s presented almost identically, you still have 3D Sonic’s controls. And vice versa – if you’re in a 2D Sonic segment and try to homing attack, you just… do nothing.

This was somewhat of an issue in Generations as well, but is made worse in Forces because it’s a little more obscured which of the two Sonics you’re using in a given level (unless you’re completely clear on which slightly-different-eyed one is which), AND because there’s a third control scheme to contend with – your custom creation. 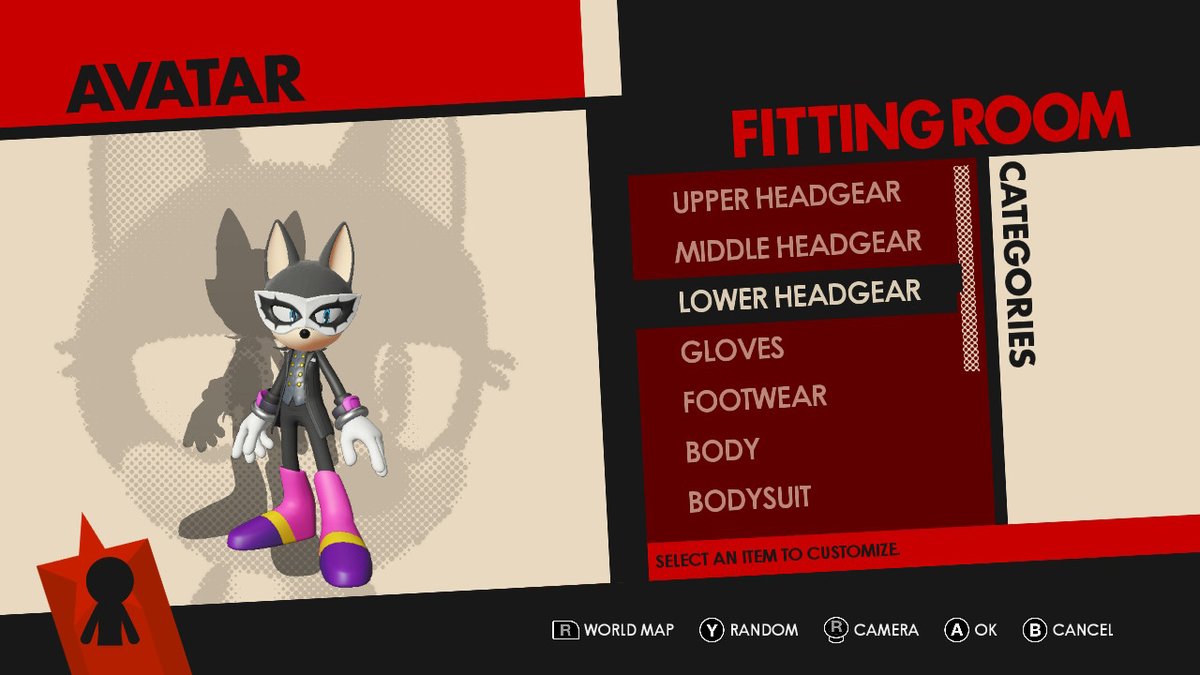 A highlight of Sonic Forces and a feature specifically for that very special, very odd subset of Sonic the Hedgehog fans that obsessively produce original character creations (do not steal), you create your own character to join 3D Sonic and 2D Sonic in certain levels. You start by picking their species, gender, and some basic clothing, as well as extra weapons to try them with (which provide the Colours angle to the game). Most of the options apart from the weapon you give them are inconsequential – each species has a minor perk such as starting a level with a few rings or having extra invincibility after being hit, and the gender just alters what pitch of noise they make when they jump and whether or not they have long eyelashes.

Further clothing and decorations such as skin patterning can be unlocked for them by completing levels, and reaching certain other milestones such as the number of bonus red rings you’ve obtained in total, hitting S rank in levels, or completing optional objectives like one-shot distress calls in already-completed levels where you have to rescue a captured character. It gives the game, which is completable relatively quickly, a good amount of extra depth and a lot of replayability – also added to by the ability to create a whole roster of custom characters to swap out at will. 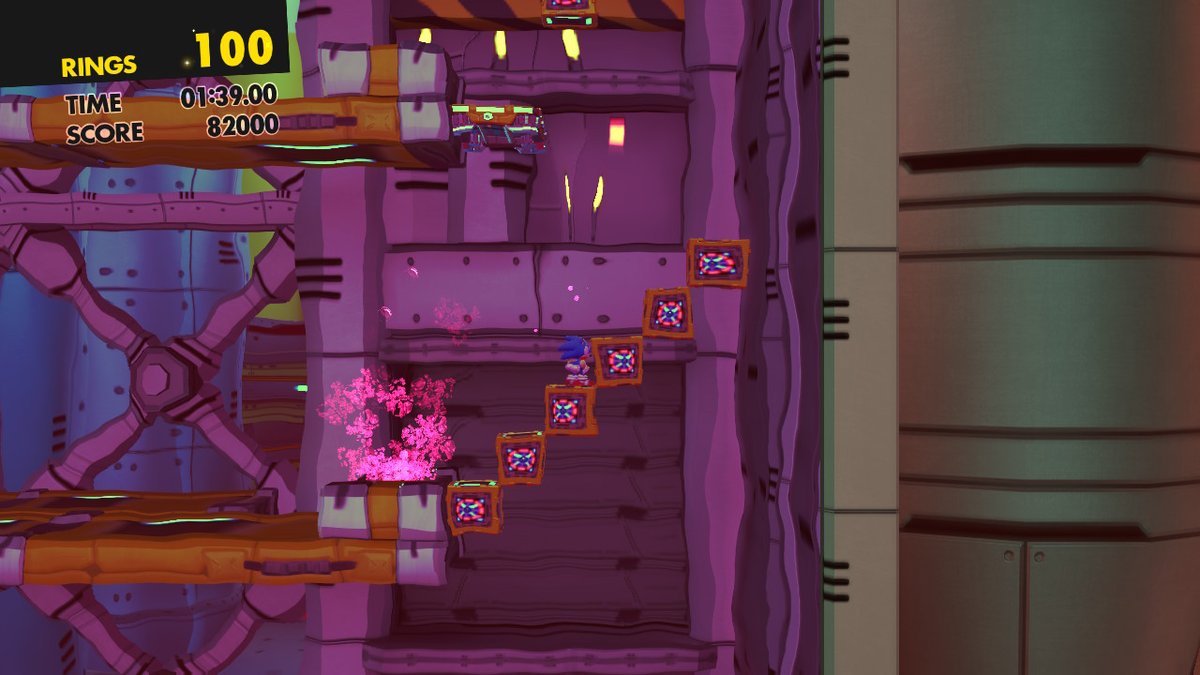 Beyond the gameplay itself, Sonic Forces is standard, expected Sonic fare. The story is absolutely ridiculous – amusingly so – featuring a new villain, Infinite, which somehow manages to out-teen-angst Shadow. He’s darker than Shadow, redder than Shadow, and probably listens to Panic! At The Disco when he’s not glitching time. Unsurprisingly, his theme music matches his pure-grade edge. All of the music in the game is… eeeh. I’m sure that same avid 3D Sonic fanbase that will be drooling over the character creator will love it, but having lyrics to everything weirds me out. Can you feel the sunshine?

The levels themselves are pretty good, though. There is a wonderful variety in there, although I wasn’t keen on how short the visits to a lot of them were – the amount of Casino Night in there felt like a demo for a more significant level that never appeared. I was horrified to see that the poxy bit of Chemical Plant from Sonic the Hedgehog 2 that made me cry as a child made it into Sonic Forces, though. It was in Sonic Mania as well. Is it really such an endearing piece of level design, putting you on the edge of drowning every time you fall off the horrid moving platforms, that it had to be in TWO 2017 Sonic games? Lots of other levels pay homage to previous Sonic outings though, such as the futuristic Metropolis level from Sonic Heroes. 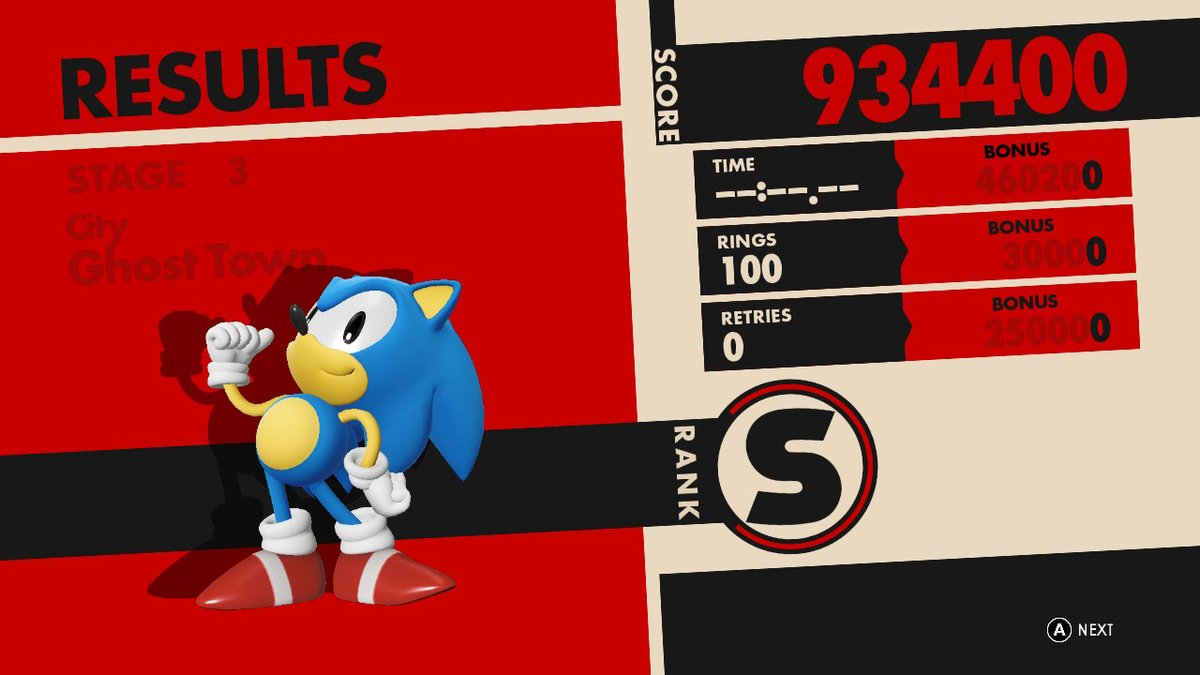 Sonic Forces wasn’t particularly great as a whole, but it contained bits and pieces that brought what should have been a trainwreck of a game into being something more endearing. I enjoyed Sonic 2006 and Sonic Boom: Rise of Lyric as baffling experiences full of accidental hilarity – that wasn’t the case for Forces. It was well made and I felt myself smiling on several occasions, even though at its heart it was an unstable experience that never had any big highs.

Oddly, it also kind of made me want to see a Sonic game that just gives up on real player interaction altogether and becomes a possibly-VR mixture of rollercoaster and Dragon’s Lair – some of the bits where the game, as is 3D Sonic tradition, said “get off the controller, I’m in charge now” and spent several minutes hurtling Sonic around rail-filled, booster-filled Rube Goldberg machines of levels were actually kind of pretty.

So, yes. Don’t buy Sonic Forces unless you know what’s in store and know you’ll like it. Fans will be in love, and probably bombard Metacritic with the usual vitriol they give to anyone that dares insult their blue baby. Those who dislike 3D Sonic altogether – nothing to see here. Play Mania. That’s actually a good game. But for those of you in the middle like I am, that enjoys something so stupid that it ends up being enjoyable… wait until the game is like 10 or 20 quid.