(Skip to the bold message to jump past the context intro)

In 1997, I received a PlayStation for Christmas. Replacing my SNES, that fateful day started off a 20-year slight preference towards PlayStation consoles. I got a PS2 in 2001, a PS3 on its UK launch day in 2007, and a PS4 again on its launch day in 2013. By 2010 I was earning an income and was purchasing other consoles at first opportunity (I preordered a Wii U as well), but that ever so slight bias still lingered. If a game came out on multiple platforms, I’d tend to get it on PlayStation.

As a result of this, my 3D Mario knowledge is rusty at best. I didn’t get to play Super Mario 64 until its DS incarnation, which I enjoyed but found a little awkward to play. I only played Sunshine a few times at a friend’s until I got a second-hand GameCube, and found the game good fun, if a little hurt by the Fludd stuff. I was a lot fresher to the Galaxy duology, which were superb games, but mostly just brought down by the tech they were on – my HD-adjusted controller-holding eyes and hands weren’t keen on the game’s SD resolution and mandatory use of the Wii remote and nunchuck.

2017 has, with one console and two games, changed my preference entirely. PlayStation 4 has become increasingly irksome – game updates and installs, a slight inconvenience and eater of 4GB a time on PS3, are now 50GB installs and massive game updates, meaning pretty much any time I get a new game I have to clear a previous install off the hard drive. Every slice of the console’s UI is another chance to advertise content to me, something I dislike with the Xbox 360 and Xbox One as well. And added to that, the new Pro model is a nice reminder that my £350 console is four years old and, thus, needs replacing.

The Nintendo Switch is, conversely, a console made for me. With a few exceptions (hi 2K), most games install little more than a gigabyte or two. Updates are nigh on silent. Beyond all of that, the unit is playable in handheld but also runs console-level games – maybe not as pretty as higher-powered counterparts, but I genuinely don’t care about that. And the games it’s had this year – my god. Its major launch release, The Legend of Zelda: Breath of the Wild, was an instant hit for me – I got over 200 hours out of it and loved it to bits. Last Friday saw its second major new game, Super Mario Odyssey. And… yep.

Note: this review will contain minor spoilers but not ruin any major surprises the game has.

Super Mario Odyssey feels like the third in a series consisting of Super Mario 64 and Sunshine. Returning to the sprawling, freeform areas those two games exhibited, rather than using a more Galaxy/3D World-esque “lots of minor levels” system.

What sets Odyssey apart from those games, at least at a major level, is Cappy, a hat-possessing character that takes control of Mario’s iconic hat in the game’s opening cutscene. With Cappy, Mario loses his punching and kicking in favour of a “boomerang” hat throw. But while it will stun enemies, it can also be used for the major unique mechanic here – possession of living people. Mario can possess things.

This was perhaps a minor worry – I didn’t get on well with Fludd, the similarly-significant gameplay mechanic in Super Mario Sunshine. While it was used in interesting ways, a lot of things it did (such as having to clean up spills) slowed the game down a lot. Possession in Odyssey, conversely, is pitch perfect. I would describe some of my favourite uses of it here, but honestly, so much of its brilliance comes from the surprise of how different possessable creatures control. All I’ll say is this – there was a lot of interest over Mario being able to control a dinosaur in the pre-release trailer. This is one of the dullest uses of possession with Cappy in the entire game.

Perhaps the best thing about the possession mechanics is that almost every possessable creature does a completely different unique thing. And they’re all executed wonderfully – you can quickly and easily learn how to manipulate them, and then they provide maybe 10, 15 minutes of gameplay that the game never uses anywhere else.

I cannot get over how well it works, but also how you just don’t see this kind of thing anywhere else. Super Mario Odyssey feels like, if any other company on the planet had made it, higher-ups would have seen all these micro-features as unnecessary fluff and sanded the game down to an over-polished, over-simple experience. But by being so scattered, Super Mario Odyssey constantly catapults the unexpected into your face. And it works. It works absolutely brilliantly.

Another thing I adore with the game is how deep everything goes. Yes, you can beeline to the finish of every level and finish the game’s main story in maybe 8-10 hours, but to do so would be a huge disservice to what it has to offer. My first realisation of this was in one of the first levels – the game required I collect 16 power moons (equivalent to stars in earlier games, although more abundant in Odyssey) to progress to the next level. But when I looked up how many there actually were, there were almost SEVENTY of them. At least one level has over a hundred to collect in total, and almost all of the major ones have over fifty.

The post-game layers even more on them. You beat the final boss and you expect the remainder of your time with the game to be clean-up of the stuff you missed. Nope! You get new post-game levels to explore with higher-end challenges for experienced players (of which I am not one!). You get new moons to collect. New challenges are added to the levels. In stark contrast to so many AAA games released in 2017, that demand monetary compensation for more single-player fun, Super Mario Odyssey feels like it’s indebted to you as a player and is willing to go out of its way to keep you enjoying yourself.

I have complaints with the game, but they’re both minor and completely justifiable. I’m not keen on how “separated” the levels feel – particularly in cases like New Donk City where roads just sort of end nonsensically. But then, it’s nicer than having contrived “no going past this point” barriers. I’m not a good enough player to collect some of the tougher moons yet… but there are hundreds of them still well within my abilities, and maybe in doing so I will improve enough to keep progressing further.

Super Mario Odyssey is my favourite Mario game of all time, surpassing World and Galaxy for me. It might be my favourite platformer of all time – and that’s going against Spyro 3, Ratchet & Clank 3 and Ape Escape, my previously-existing trifecta of platformers. It is also one of my favourite games of all time, full stop. And it’s a stunning video game free of the manipulative monetisation techniques employed by so many other games that have been thriving this year. It has no microtransactions, no lootboxes, no day 1 DLC or carved content, no always-online DRM, no contrived multiplayer. Nothing in it requires cynical justification from PR people, or publishers, or an appalling, loud, small percentage of its fanbase. (Not that Super Mario has ever been immune to the latter.)

Super Mario Odyssey is a game made to inject its players with a constant dose of concentrated, pure-grade, intense enjoyment. It’s as close to perfect as any game I’ve ever played in my life, and it was an absolute pleasure to play – one that I will be continuing with for as long as I can, because I’m not nearly prepared to stop playing it yet. And it’s solidified the Nintendo Switch, for me, as my “lead” gaming platform.

I can’t recommend it enough. To the point where, if you don’t have a Switch, get one of those too. 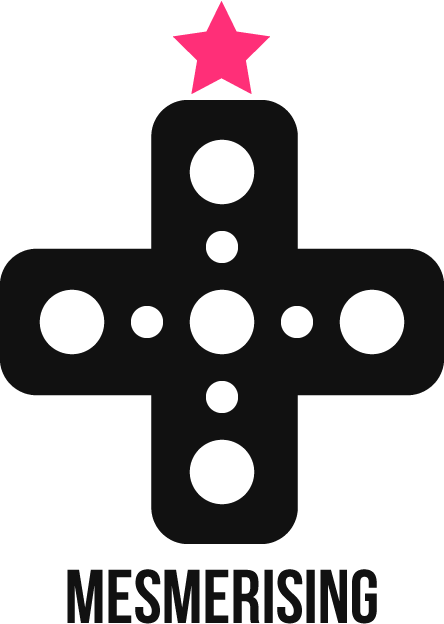