When The Witness first came out, I was hesitant to get it. While I love a good puzzle-based experience (the Professor Layton series is one of my favourite game series of all time), in equal amounts I’ve never enjoyed these higher-end indie games designed to be “experiences”. I can appreciate why some people loved Journey, for example. It just did nothing for me.

Thankfully, while The Witness provides both of those, the puzzle premise in it is so clever, and so strong, that even if you’re like me, there is a massive amount to love here. From the puzzles, which run off of the same basic idea, to the stunningly-crafted world with its freeform exploration and constant slew of secrets and discoveries, this is a world I so enjoyed being in, even if the vague hints at a “story” in the game were lost on me.

This review is based off of two playthroughs of the game – I completed it once last year when it was relatively new, and fancied revisiting it. I’ll keep spoilers to a minimum as well, although if you’re into this kind of game and are yet to play it, I’d strongly recommend you stop reading, go and buy it, and play it as blind as you can.

The basic premise of The Witness is… you’re on an island infront of a door with a puzzle on it. This puzzle has you poke a circular starting point and draw a line to the rounded-off end point. Once done, a door opens and you get the same thing, but this time it has an angle in it. It’s a beautiful way of letting you decipher how things are done in this game, rather than having a godly voice talk you through everything. 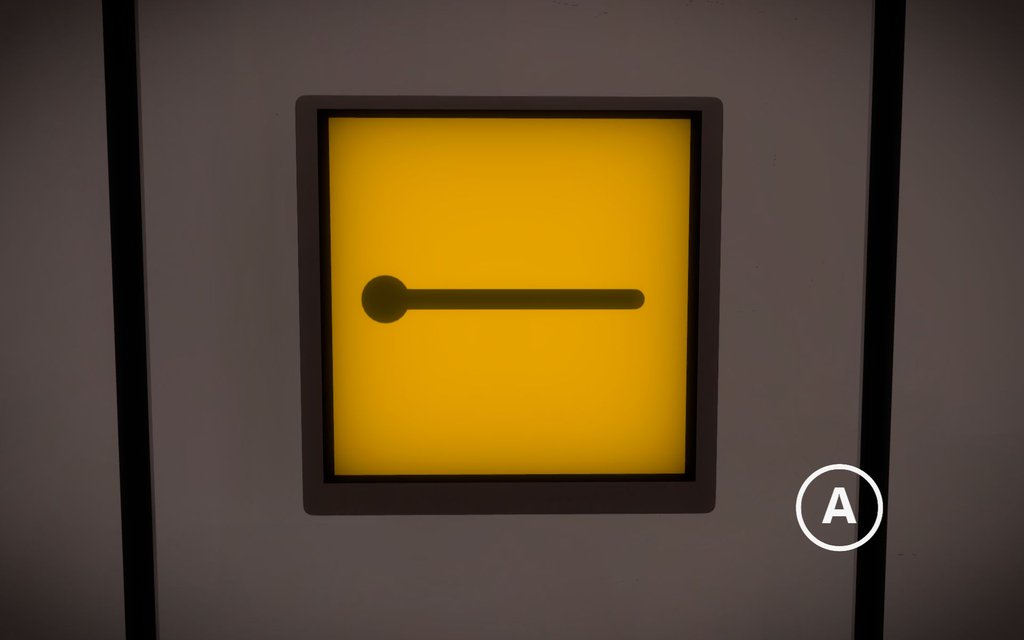 Preceding this are zero seconds of cutscenes, zero back story, zero prompts (unless you count the one that tells you how to activate “drawing mode”. That’s your lot. You’re not told what the point of the game is, it’s not even indicated other than perhaps, once you’ve done the first couple of introductory “puzzles” (which are literally just trivial to introduce you to their basic concept) and can see the light of day, you can see a mountain in the distance. You can wander a small, closed-in area with a few extra puzzles, which eventually unlock the gate. And from there, you can go pretty much anywhere on the island.

The Witness is beautifully done. As you enter new areas, the world will naturally funnel you towards a series of horizontally placed panels that will ease you into a new puzzle concept specific to that area. Maybe you have to draw the line to divide the different-coloured blocks. Maybe you have to pair off the stars into groups of two. Maybe you have to do both. But then, how do the rules combine?

Sometimes you will get stuck in an area, because you run into a concept you’re unfamiliar with. But you learn fairly quickly that all concepts have an area that teaches you them, so you can always head elsewhere for a while, and come back when you’ve learnt what to do.

The Witness does have some issues. For one, and this might be a very me-specific complaint, but the attempts at forming a back story to the island just don’t work very well. And a lot of what you can discover comes in the form of readings of quotes from famous historical figures, which bear little to no actual relation to anything in the game and just seem like artificial pretentiousness. I couldn’t connect with the idea of the location being “lived in” like I could with a game like Fallout – The Witness’ island felt permanently barren, and permanently designed for me and only me.

While that stuff is ignorable and optional (and didn’t bother me on my second playthrough, since I knew what it was and could just leave it all be), some of the “problem” puzzles aren’t. They’re few and far between, and I imagine you could simply Google their solutions to alleviate the problem entirely (at the cost of a hit to your sense of achievement, of course), but they do exist.

One memorable offender is the finale to the “castle” area of the game. After completing four hedge maze-related puzzles (themselves a pain due to a fairly devious “hidden” solution), the last puzzle in the area sees you have to memorise all four of the routes you took, stitch them all together into one massive solution, and then draw the entire thing into a big puzzle-based map of the area. Unless you write it down or take pictures of the solutions, it’s a time consuming pain in the butt. And it’s made worse by how you can see what the game is asking you to do immediately – it’s just executing it that takes so much time.

A few other puzzles (most of them late-game) rely on obscuring puzzles in obnoxious ways, too. Towards its end, there are a set of puzzles where part of the screen is flashing, pulsating and waving through the colours of the rainbow. The only way I could do these effectively was to take a video of their animation, play it back, and pause it when their colours lined up. (And this strategy didn’t even work for one particularly gruesome example in a different, more hidden place.)

And “The Challenge”. Oh dear god, The Challenge. Without going into anything of detail, I got somewhere on my second playthrough of the game that I never got to during my first. I noticed something on a box after doing all of the things, and found myself in an area I’d never witnessed before, with handfuls of new puzzles I’d never seen. It also unlocked a ton of extra areas and shortcuts throughout the island, which offset my anger at “The Challenge” with an incredible astonishment at how much of the island, that I thought I knew so well, had actually kept from me.

But in this area, there is a record player. And when, or if, you choose to activate it, you can give The Challenge a pop. This was a little extra part of the game, squirrelled deep within its belly and I imagine not seen by the large majority of the game’s players (like it wasn’t for me on my first playthrough), in which you have the length of Anitra’s Dance followed by In the Hall of the Mountain King to complete a gruelling series of RANDOMLY-GENERATED puzzles, which are also gimmicked in certain unique ways as a lot of the game is. If you pause, or if the record ends, and you’ve not completed the puzzles, the game kills everything and you start from scratch.

I replayed The Witness because it was relaxing and did not require any fast reflexes. The Challenge was the polar opposite, suddenly and unexpectedly injecting the normally-tranquil experience with a heart-attack-inducing timed challenge as I couldn’t work out, on my 50th attempt in hour 3 and following a rare string of excellent random puzzle generation (I am terrible at the ones with the triangles), why the very last puzzle wasn’t completing during the loud, violent climax of the latter song.

I finished it eventually, though. And all my pent-up hatred for The Witness, built upon through hours of near-misses and sweaty palms, at that moment dissipated explosively.

I adore The Witness, and can see myself going back to it again in another year or two, and again a year or two after that. I think, in that regard especially, that it’s better than Myst, the game that clearly inspired it – Myst was permanently obtuse and is fairly mundane to play once you can do it once. With The Witness, you retain the puzzle concepts, but there are so many (over 500) that you forget the actual solutions after a while.

I genuinely think I enjoyed it more on my second run, too. While I lost those peaks of joy at working out strange new ways that the game was testing me (puzzles aren’t just what you see on the board!), the fact I didn’t get stuck for so long (until I got to The Challenge), and the fact I still had discovering to do, meant that I still loved it.

Maybe next time, I’ll go for 100% completion. Although that will mean completing one particular hidden puzzle that requires you to listen to a one-hour-long GDC talk on easter eggs in video games. (I’m not joking.) I only wish there was more – the simplicity of the puzzles with the mystery of the island gives itself to an expansion that builds on the location and the concept even further.

The Witness is one of a kind, and that’s a real shame.