While I enjoyed Black Flag, I never got truly into it. It was good fun and the pirate ship stuff was great, but for me, Ubisoft’s game formula is more to my taste in their other games such as Far Cry and Watch Dogs. But, seeing a month or so ago that 2015’s Assassin’s Creed: Syndicate was down to £12 on Amazon, I felt it worth a go.

My first realisation, something I hadn’t picked up on, was that the game is set in England. That’s that country that I live in and stuff. So that was neat – not since The Getaway: Black Monday have I been able to explore somewhere in the UK in a virtual format. Even though it’s London – it’s always bloody London – its setting in the 1860s means that it’s a fresh take on a place I am familiar with.

But the setting also came with a problem – the accents and the lingo employed constantly by the game. Syndicate is the first game I’ve played set in the UK that wasn’t also developed in the UK, and it feels like the game is a Cockney dictionary with some loose historical information slapped between each word. The predominant enemy class, for instance, are known as the “Blighters” – they might as well have been the “Bollocking pillocks, what ho how’s your father me old muckers slips thumbs under braces and does a little dance in a teapot“.

Continuing what I believe to be a trend across the Assassin’s Creed series, the game takes bits and pieces of factual information and wraps them in its overarching, fictional, story line. It’s the Assassins versus the Templars and you’re the former, murdering your way to domination of the city the game is set in, all while it’s actually all just a simulation and you’re really part of a modern/near-futuristic company, Abstergo, that needs to research these points in history for some separate story. The story is as unimportant and as inconsequential as it was in Black Flag and I’m guessing as it has been throughout the entire series, and only really serves to tie together a series of historical references to the game’s missions and other objectives.

And speaking of, Syndicate was fairly mediocre. The missions themselves were never really particularly enthralling, and many of them were simply jazzed-up tutorials for new mechanics the game kept throwing at your face. One, for instance, sees you help Alexander Graham Bell install his first telephone receivers atop Big Ben, using as aid a wrist-mounted grappling hook he’s just given you. Using a “bonus” objective of staying below a certain altitude, you were forced to grapple from tower to tower to install them. And that’s all that mission was. Another involved you looting some chests in an enemy-dense area designed to let you take advantage of your newly-acquired hallucinogenic-tipped blow darts.

The game is overcrowded on the mechanics front, as well. You have your base character, Evie or Jacob Frye, with their basic clothing, gauntlet, baton, gun etc. As the game progresses, you gain Abstergo “skill” points that you can use to upgrade your character – while Evie and Jacob receive these simultaneously, each one has their own skill tree that can be upgraded independently, with the game pushing the idea that Evie’s stealth is her strength while Jacob is more brutal. Beyond a few late-game upgrades exclusive to either character, I saw no difference, and played most of it with Evie as the bringer of all things death.

As you apply skill points to either person (I’ll focus on Evie now just to simplify my description), her level goes up. As her level goes up, she gains the ability to use new equipment that improves her skill. And how do you acquire these items? Some are available to you as long as you pay the in-game fee. Some require crafting – using both money and a series of other resources that I never seemed to run out of, possibly owing to my love of treasure chests. Some require you upgrade her lockpicking skill and find schematics of those items in locked chests. Some are acquired through other means such as missions or side objectives – each class of side-mission has its own “leader”, whose loyalty level is improved the more of that type of mission you complete. And then once you’ve found that schematic (either by chance or by Google), you have to navigate to the appropriate section, find it again, craft it if needbe, then go back again and make sure it’s equipped.

And if that seemed convoluted, there’s more! You can also upgrade most weapons and items 1-3 times to enhance their stats. Things like throwing knife carry capacity have their own section within crafting, whereas to upgrade actual weapons (your gauntlet, gun etc), you have to go into the equipment menu, scroll through all of the options to find the one you have equipped, and then push X on it to upgrade it… as long as you have the money for that. And don’t forget when you swap characters (or a mission swaps them for you) to go through the menus, upgrade them with any spare skill points and then give them any better weapons and things you’ve bought!

There are also other ways to affect all this stuff too! Soon into the game you get to recruit Rooks (the goodies to the Blighters as baddies), who then come with an entirely separate tech tree. While it mostly affects the Rooks’ strength, commonness etc, there are also some sneaky ones in there that help out your cash flow. Which you can access in the train you receive for conquering the “tutorial” borough of London. And that’s another mechanic.

All of these features feel like the game’s developers had a meeting to pitch ideas to add to the game, and then they forgot the bit where they filtered out some to keep the game understandable – it’s all slapdash, and you can seriously mess with its balance if you favour certain mechanics over others.

Outside of missions, London is divided into a number of boroughs containing areas you need to clear of enemies and other devious happenings – by clearing these, you get a chance to kill Blighter bosses, and eventually conquer them. These objectives are things like killing a specific target or two, or kidnapping someone (preferrably alive), or rescuing child slaves from slave workshops, or later on stealing Blighter cargo being transported by road or Thames.

This is where the imbalance of mechanics comes into play, though. By favouring gang upgrades over player upgrades and exercising a small amount of patience, you can conquer the entirety of London easily. One set of upgrades brings them up to Level 9 (10 being the absolute game maximum), another lets you call a team of five in that will immediately become aligned to you, and another still gives you better enemy classes, including the strongmen and the sniper classes.

Call them in, set them on the enemies in an area and watch the carnage from outside the danger zone. If they are killed, wait a minute or two for the call button to cool down and push it again for five new level 9 behemoths that will continue to do your bidding. Blighters won’t set off reinforcement alarms unless they see you, so you’re safe there. For the child slave freeing missions, you can even just use your Rooks as a distraction while you leg it through the building, freeing them all in record time – the moment you hit O to free the last group of them, the mission finishes, even if there are Blighters still alive.

It’s trivially easy, despite AI in the game being utterly dreadful. Rooks will sometimes just stand still and ignore your fight command for no good reason, will sometimes ignore enemies full stop, and love to stand in your way. It’s balanced out because the Blighters are just as poor. I never got a reinforcement call occur once even when I was impatient – the closest I got was a Blighter who stood a foot away from it for about 10 seconds before I could break free of a fight I was stuck in, run to her, and kill her. She never even tried to ring it, just… watched.

And that’s one example of a plethora of issues I had with Syndicate. In all fairness, they were at least interesting – no one glitch ever happened twice, I just had the quirkiest things happen constantly. Anywhere from the indicator on the minimap for Evie’s position completely disappear, to accidentally circumventing the game’s prevention of children being killed, to entire crowds of people disappearing simultaneously, to the entire of London turning into strobing, eyeball-drying death.

All of this is also marred by the game’s controls. Sometimes, they work beautifully, allowing Evie and Jacob to perform impressive feats of parkour and perform any action that needs to be done at that specific time. But normally, they don’t work very beautifully. Oftentimes I found myself stuck to walls because the game expected me to be pushing “do parkour downwards” rather than “do parkour without vertical movement”. Collecting the little helix… things… was always a chore – the game always seems to have a specific action to collect them in mind (such as grappling across the street from one building top to another), but will leave plenty of other options that deceptively seem possible but totally aren’t.

It’s not just parkour that causes control issues either. If a corpse is situated in front of a door or chest you intend on opening, have fun picking up the corpse and moving it before being able to do this – and if you’re a “button tapper” like I am, make sure you stop doing it when the corpse is picked up, or you’ll drop it back down in the same spot and be back to square one – you have to walk away and drop it, or throw it away from you, to clear the space needed for the O button to assign itself to opening rather than corpse carrying.

Even when commands don’t clash, I found the game to be troublingly unresponsive pretty much all of the time. If you’re hanging on the exterior of a building next to an open window, the game will prompt you to push R1 to enter through it. This button worked about 25% of the time for me, again pushing me to “button tap” until the game decided I was allowed to do it. Chests and other collectables were equally awkward. And locked chests and doors were the worst – for maybe half of all of the locked chests I ever looted, I had to go through the entire unlocking/opening animation twice because the first time, the game let me do it, then just reverted the chest to being unopened again and didn’t give me the items.

I didn’t enjoy Assassin’s Creed: Syndicate as much as I wanted to, and it didn’t sell me on revisiting the older entries in the series (I even spent £5 on AC: Unity to play afterwards), nor did it entice me to pick up Origins when it comes out later this year. I got my £12 worth out of it and had a degree of fun with it, but I would have been highly disappointed if I’d spent full price or even close to it. It’s buggy, repetitive, unbalanced and takes feature creep to new levels… but it’s playable. And it’s very pretty too. 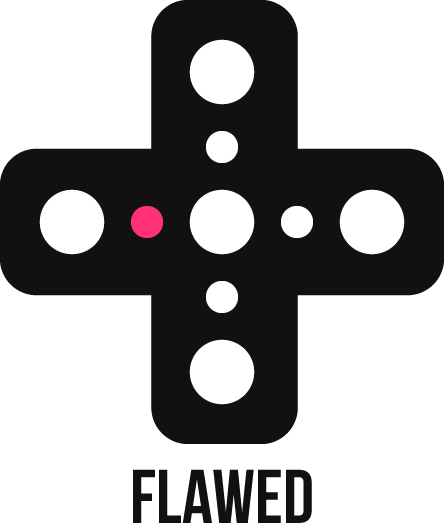