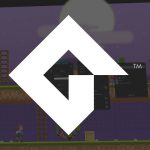 On Thursday this week YoYo Games launched the PS4 and Xbox One exports for GameMaker Studio 2, each with an $800 price tag per year. Developers can now also subscribe to GameMaker Studio 2 Ultimate, which allows exporting to all supported game platforms for $1500 per year. The new pricing is a mammoth increase from the previous iteration of GameMaker: Studio, where the console exports were free and Master Collection was available for a one-off payment of $800.

This new pricing structure is a step in the direction of other game creation products on the market, like Unity, which offer access on a pay monthly basis. While GameMaker Studio 2 is undoubtedly an improvement on previous iterations of the software, YoYo Games run the risk of losing GameMaker’s unique selling point with these price changes: accessibility to amateurs. At $1500 a year, GameMaker Studio 2 Ultimate is now significantly more expensive for a single independent developer than Unity Plus.

Some users took to social media to vent their frustration:

All aboard the Unity train! More feature filled for the same price (Pro) or less (Plus). #unity3d #Unity @unity3d

Sorry but this is way too expensive. GM used to be a very accessible tool, but this is ridiculous.

Others stepped in to defend the decision:

“Yawn. So tiring listening to everyone bitch and moan about this. How many of you that are rage quitting [YoYo Games] are even serious about getting your games onto PS4 and [Xbox One]?”

And Joakim Ringqvist chimed in:

“I for one think this is a pretty great deal, if you can’t afford this [you’re] not gonna launch on any console anyway, at least not outside of the US as the age rating fees alone will make the price of GM look like spare change.”

Only time will tell if the move to a more expensive model will boost GameMaker in the long run or hold back sales. Meanwhile other GameMaker users, myself included, were curious to hear if GameMaker Studio 2 would receive an export module for the Nintendo Switch. Back in April I reported that a Nintendo Switch export was highly likely, and that seems to be all but confirmed by a tweet from Russell Kay, Chief Technology Officer at YoYo Games:

Under the heading “Q4 2017” on the GameMaker RoadMap, it says “Additional Target Platforms”, which could mean that developers will be deploying their GameMaker games to Nintendo Switch by the end of this year. However, with the additional effort involved in developing a brand new export module it is unknown whether the price will be the same as the PS4 or Xbox One exports.