Is GameMaker Studio about to get Switch support? 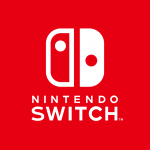 There’s a buzz going around the GameMaker community. Is it hope? is it a fever dream? Or is it a premonition of an inevitable outcome? Here at TMD, we think it’s the latter. We think YoYo Games is cooking up something Switch-shaped, and here’s why:

YoYo Games have addressed this question as part of the official GameMaker Studio 2 FAQ. Under the heading “Will there be a Nintendo Switch Export?” the answer reads “We are exploring all export options, please stay tuned for more information.” This by itself may seem fairly innocuous, but it is notable for two reasons. First, the absence of questions about any other platform. Sony’s PS Vita and Nintendo’s Wii U and 3DS are not quite dead yet, and it’s no secret that YoYo Games have worked with all three platforms in the past, yet none of them are listed as supported platforms or potential future platforms. If YoYo Games are “exploring all export options”, why is the question specifically about Nintendo Switch? Secondly, the phrase “stay tuned for more information” implies that there is already information to stay tuned for. Just the existence of this question and its answer in the FAQs sets alarm bells ringing.

Asked by Video Game Choo Choo about Console development, YoYo Games gave a similarly tantalising (but completely ambiguous) response: “It’s a tricky subject and obviously the big one right now is Switch — we are exploring our options with that but have nothing to say at the moment.”

For a long time Nintendo have put up roadblocks for indie developers, preferring to focus on their first-party franchises and AAA third-party content. However, in recent times there has been a softening of their approach to working with small teams and individuals. Back in February Nintendo revealed their “Nindies” Nintendo Switch Showcase, and their developer registration site is now very accessible and encouraging.

Nintendo also has form for dealing with middleware providers. Unity is already capable of exporting games for Nintendo Switch and Construct 2 was able to build Wii U games. Does all this point to a potential new export for GameMaker Studio on the horizon? Only time will tell.