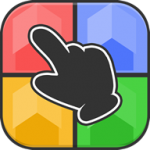 Chequered Ink, the owners of Truly Madly Dpad, launched their first mobile game of 2017 this morning – a political puzzler called “Districts“. The game focuses on Gerrymandering, the practice of grouping voters together in a specific way to skew the results of an election.

Players are tasked with dividing houses of different colors into equal-sized groups to meet certain objectives, such as winning the election for the reds, blues or greens. Other objectives include locking other colors out of power and securing a fair amount of seats for everyone.

It’s not the first time Chequered Ink have played with the idea of politics, they also released “Coalition” back in March 2016. Dubbed the “Satirical, political card game”, it introduced some of the characters featured in Districts.

Districts is available now for free on iPhone, iPad, Android, PC and HTML5.