Game Devs Push Back Against Trump 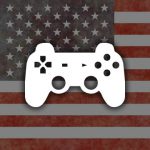 Independent Games Studio Vlambeer has announced that it will donate 24 hours of revenue to the ACLU, who are taking action to oppose Donald Trump’s anti-muslim immigration ban, and they’re not the only ones pushing back against the policy.

New York company Dots, developers of “Two Dots“, updated their games to make a clear political statement in opposition to the ban. Vlambeer co-founder Rami Ismail, who makes frequent visits to the United States, commented “Everyone can make a difference, game developers not an exception” as he shared Dots’ tweet. 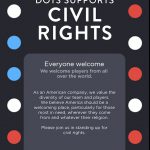 The ban, which Donald Trump enacted in the form of an Executive Order, prevents citizens from Iraq, Syria, Iran, Libya, Somalia, Sudan and Yemen from entering the United States. It also called a halt to all refugees entering the country for the next four months.

Everyone can make a difference, game developers not an exception.

The push back was clear among the development community with organisations from all corners of the world tweeting their opposition to the policy. GDC San Francisco tweeted “GDC is a global community – we’re horrified by the #MuslimBan. Of course we’ll refund affected attendees, and keep fighting for inclusivity.”

Jamil Moledina, a games portfolio manager for Google Play, tweeted “It’s painful to see the impact of this executive order, my hope is that the real America stands up and rejects Trump”.

The ban has also faced stiff opposition from the American public, sparking protests at airports and legal action by civil liberties groups, who are seeking to have the ban overturned.