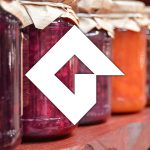 The third contest in the current iteration of the GMC Jam, a game jam for users of GameMaker, begins at noon today. The GMC Jam is run on the official forums of YoYo Games, home of the GameMaker software, and this will be the first such jam to take place there since the launch of GameMaker Studio 2.

The GMC Jam has a long history, beginning way back in January 2011, and there have since been 23 contests in the series. The jam got an overhaul in 2016 after YoYo Games archived their original forums and started from scratch.

Each GMC Jam has a theme picked by the members of the GMC from a shortlist of three. The possible themes for GMC Jam 3 are Deal With Consequences, Mirror Image and Time Loop. The true theme will be revealed as the jam begins at 12:00 UTC.

You can find the GMC Jam 3 topic here, where you can get more information on how to enter the jam or discuss the games that have been posted so far.

UPDATE: The Jam has now started and the theme has been revealed as “Time Loop”.