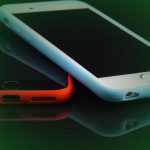 Earlier today YoYo Games announced an update for the GameMaker Studio 2 Beta which brings users the ability to use mobile, HTML5 and UWP export modules. Since its launch into Beta GameMaker Studio 2 has been missing the key selling point of its predecessor – cross-platform publishing. This latest update gives users access to Android, iPhone, iPad, HTML5, Windows Phone and even Xbox One.

With the update came the announcement of a second “GameMaker Studio 2 Beta Jam”, where users are encouraged to build a game in two weeks with the new software. The Jam takes place from February 3rd to February 17th  with more details to be released next week.