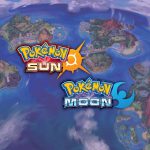 I’ve been a lifelong Pokémon game fan. Ever since the initial craze swept me up in the late ’90s with the trading cards, the animé, the original games (my first being Yellow, although I played some of Red at a friend’s house prior) and the endless swathes of merchandise – the books, the board games, the Burger King toys, the spin-off games, the clothing, the furniture… if it had Pokémon on it, I wanted it. Although of course I’ve aged since then, I’m still nearly as much of a sucker for the franchise as I ever was – I still buy the main games, I have a continually growing collection of the cards, and… okay, I don’t watch the cartoon any more.

So this review might be a shade biased. Here are my views on Pokémon Sun and Moon (particularly Sun, the one I got), having spent 135 hours and counting on it, completing the Pokédex and owning three shiny Pokémon and counting.

I’m fairly confident that, going forward, Gen 7 is going to be my favourite generation (knocking Gen 5 off of the throne). Sun and Moon are bursting with content – comically moreso than X and Y before them, and perhaps more than any “base” games since Gen 2’s double region. And unlike Gen 2, Alola is packed with content – it doesn’t drag at any point through the main story. The replacement of gyms with “trials” means that, rather than getting eight gyms with fairly predictable puzzles, a few grunts to beat and then a final battle, you often have to get through some very unique scenarios.

There’s a ton of stuff to do beyond that as well, with post-game quests, little menial money-making jobs, favours, and even some sneaky content that pops up without any warning – most memorably, a bizarre clone of Nugget Bridge from Generation 1 pops up, level-matched to you but with identical Pokémon – seeing people with Lv 55 Pidgeys, Caterpies and Weedles is unsettling. Custom clothes and hairstyles also make a return from XY, having been missing from ORAS. And for those like me that are into collect-a-thons, Sun and Moon even has that in the form of 100 hidden items that come together in an awesome way when all collected.

Speaking of which, the main story is actually endearing this time. Three years on from initially completing X, and two years since I finished Y as well for the heck of it, I have two memories of their story – AZ summoning that little Flabébé thing with the unique skin you can’t obtain in-game (boo) and the hilariously obvious “twist” of Lysander, the tall, redheaded, bearded blatantly-the-bloody-villain turning out to actually be the villain. Sun and Moon, in comparison, contains twists that are actually surprising, comes dangerously close to making you care about its characters by giving them actual depth, and brings it all together at the end in a satisfying way.

The world is, in most ways, great. Sun and Moon finally completely do away with the grid movement that XYORAS started to hint at removing, which makes the region of Alola a far more dynamic-feeling place. If you’re climbing a mountain, you’re no longer just following a path with rock tiles – it feels like you’re on an actual, real mountain. Paths are twisty, turny, bumpy and hilly, and it’s a change that is surprisingly significant-feeling for something so minor.

There are extras in Sun and Moon that can greatly increase your time with the game, and give you some pleasing bonuses in the process. Poké Pelago is an upgradable, almost “Cookie Clicker” style minigame that lets you harvest beans to feed your Pokémon for friendship upgrades, grow berries and a more pleasant way than having to keep travelling to a field and tending to plants, seek treasures (making finding evolution stones and farming money) far less painful in this instalment), raise Friendship levels and also increase statistics and levels. It plays a little like a mobile game, except there are no microtransactions to skip wait timers. Which is good, it limits yout time with Poké Pelago to a few minutes a day so the concept never gets tedious and is never over-powerful. One little extra great thing about this addition is that you can farm new “rainbow beans” – feed three of them to a Pokémon with an empty stomach and it will instantly gain full affection, so it can auto-cure status ailments in battle, is extra-evasive and is more likely to critical-hit opponents.

Festival Plaza is a second minigame, this time essentially a rehash of Join Avenue from Black 2 and White 2. As someone that adored Join Avenue, this was very, very welcome indeed. It essentially lets you create a small shopping district, which you can upgrade by interacting with visitors and playing online challenges. It also houses several neat features carried over from XYORAS, such as the GTS and Wonder Trade. (These are effectively identical to their Gen 6 counterparts.)

On small changes, there are a ton of little ones in Sun and Moon that are really, really welcome. The removal of HMs in favour of “Ride Pokémon” is ABSOLUTELY EXCELLENT and I’m not sure I’ll be able to go back to old generations any more – having to carry slave Pokémon just so you could navigate bodies of water and areas with tiny little trees seems like such an awful design choice in hindsight. UI tweaks make a lot of functions that bit quicker and more pleasant – PCs now just chuck you straight into box management instead of bafflingly asking you if you want to do the same things with limited functionality, and receiving Pokémon or Eggs from the Nursery, other NPCs, or even just catching them throws a new prompt that lets you either direct them into your Box as normal, or eject one of your party members to the box and replace it with your new acquisition.

Breeding, as a result of the above, is a lot more pleasant. Before, if you wanted to breed as quickly as possible (either for shinies, as I do, or for training), you would have to carry 5 eggs (the sixth slot being one active Pokémon). When one hatches, you’d have to check it for the stats/shininess you want. Assuming it wasn’t eligible, you’d then walk into the Breeder building, open the PC, go to “Organise Boxes”, drop it off into a box, and then walk outside again and talk to the kid outside to get the next egg. In Sun and Moon, once one of the eggs has hatched, you can go straight to the kid (or in this case, a farmer lady), ask her for the egg, and then choose to replace the hatched Pokémon with the new egg – the hatch goes straight to the box, done and dusted. It also seems like Sun and Moon has reduced what counts as a “step” (due to there being no more grid system, it measures actual distance as steps), so breeding is faster – you can get a proper “production line” of babies going if you pair all of that with a Flame Body Pokémon like Talonflame.

XY and ORAS from Gen 6 introduced features that got me strongly into shiny hunting. Horde battles threw you five Pokémon at a time in the wild (and could be guaranteed triggered with a Pokémon using Sweet Scent), meaning encountering shiny Pokémon was instantly five times quicker. Add the Shiny Charm from national Pokédex completion and the odds increase further. You could also, in ORAS, find strong Pokémon (and work out the encounters in an area without relying on the internet) using the excellent Finder tool. XY also had the Friend Safari, which offered excellent Pokémon selections and made shiny encounters eight times as likely as in the wild. And all of that is gone in Sun and Moon, sadly. Working out the potential encounters on a route is back to looking on Bulbapedia or Serebii, hordes are replaced with a frankly crappy “call for help” thing that takes a lot of time to take advantage of, and there’s not a whiff of even a regular Safari in Alola – which is a massive shame. Breeding now seems to me like the best way to obtaining shinies – the Adrenaline Orbs that supposedly trigger a “call for help”from wild Pokémon, from my experience, is absolutely useless.

There are parts of the Alola region I find disappointing. While the region feels more varied and fun to explore the first time, it’s sadly quite lacking in the city department – it has 4 or 5 of them, none of which are even close to the scale of Lumiose from XY or Mauville from ORAS. It seem like a deliberate decision and fits with the world’s calm Hawaiian atmosphere, but damn did I miss that feeling of setting foot in a city and not knowing where to start eating it up.

A lot of the new Pokémon are great, but I was disappointed in how much energy the game spent on Alolan formes of old Pokémon. As a living Pokédex collector (ie I collect one of every unique Pokémon), I wish that energy had instead been spent on a wider range of new Pokémon. Plenty of people have complained about Pokémon reusing basic ideas for its monsters (eg multiple cats, birds etc), but it’s never been an issue to me – real life also has multiple similar creatures like that. On the whole, Sun and Moon introduce around 70 new monsters, about the same amount as XY and not as many as I’d have liked to have seen (Gen 5 managed over 150 new ones!).

Lastly, bits of the game felt rushed. Entire areas, such as the Power Plant, are present but do absolutely nothing at all, while some others (a golf course beside one of the hotels was pointed out to me) are totally inaccessible but look like they should be. And the final island in the game, Poni Island, feels small and empty when compared to the other three – a “city” comprising about six buildings, a few large plains of grass and little else, and a canyon that is cool but again little more than a glorified Route. And the latter half of the game does occasionally feel like it was rushed in – early Z-Crystal acquisition is limited to long quests and trials, where in the later game, you can stumble across them just sitting in the middle of nowhere.

I really hope that the rumoured Nintendo Switch port of the games brings back the structure that previous “third games” such as Yellow, Crystal and Emerald used, where they expanded on the world with new content and locations. This theory is backed up by the areas that go nowhere and the several identical piles of building equipment that seem to suggest actual buildings were intended but either left out due to time/budgeting or are being held back for DLC or upgraded versions.

In all, Pokémon Sun and Moon were astonishing games – not perfect, sure, but none of them ever were. It retains every scrap of charm that the series has always held, adding new content and shaking up key elements of the established formula to bring a surprising layer of freshness to the experience. But not an unsettling amount – they are still, at heart, Pokémon games.

And stellar ones at that.